The year finished with unsettled weather but the group did get out to Minet and Woolley Firs while a garden site added some House Sparrows to the totals and the River Thames, a Polish Black-headed Gull sighting.

Change is afoot at Woolley Firs: arable farming has ceased and those fields left to go to seed. This has seen the beginnings of a revival for the site with over 200 finches, mainly Chaffinch, but also ~50 Linnet.

Despite those finch numbers, a poor forecast had us start at the woodland feeders on 11th. In practice, it was probably calm enough to have tried the fields! Still, the feeders produced 155 birds including two Nuthatches and a Firecrest. We packed up as rain threatened.

The 155 birds, spread across twelve species, gave good experience to two new trainees (35 birds processed between them) and a new trainee on her first taster session.

The poor breeding season across the region was evident in the day's catch: the age ratios are quite depressed when compared with birds caught in previous Decembers. 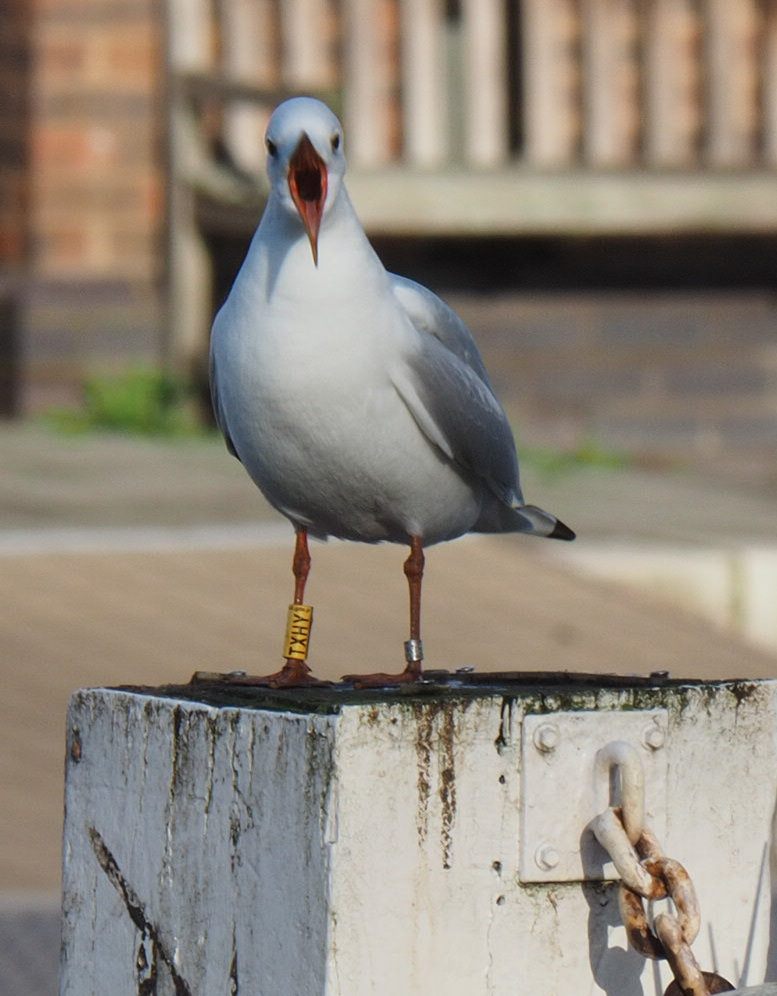 Polish-ringed Black-headed Gull at The Thames, Windsor
Posted by Carl Hunter-Roach at 09:56 No comments: