While CES sessions continued in June, let's focus on our Black-headed Gull ringing programme. A boat trip at Bedfont gave access to eleven pairs and twenty chicks were ringed by a two-person team. 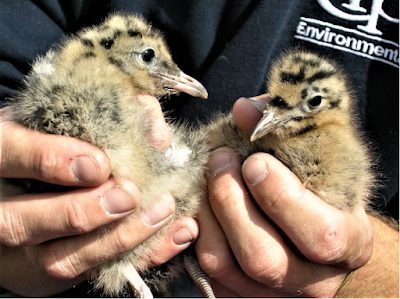 Rather timely, a report came in about a gull we ringed as a chick, at this site, in 2010 (ten years and nine months ago) being sighted at Bagshot Lea in March. Black-headed Gulls have been recorded as living past thirty so we hope this individual will be spotted again. But it's great to see the birds we ring again and this one, more so, given the decade that has passed.