A reccie of Chobham Common by CHR/KDT found a very quiet site (a few Stonechats were the only highlight) so we decided to wait with the hope that Redpolls are on their way. EP was recovering from a broken leg, had returned to Bedfont, when… she found out she needed a heart-value operation. That curtailed ringing activities for the rest of October, but the op was successful and EP, is once again, on the mend.
*** Congratulations to EW for her A permit upgrade. EW put the effort in this year, processing around 1,000 birds, by helping out neigbour Hughenden RG to run two CESs, still getting our Wraysbury CES done and ringing with TA at his finch site ***

There is a reference in Demongin suggesting that some young Cetti’s Warblers can be aged after their post-juv moult. Some individuals retain one or more undertail coverts: these are longer than the adult-style feathers and their tips are slightly less bright. To my eye, they can be a little more worn too. 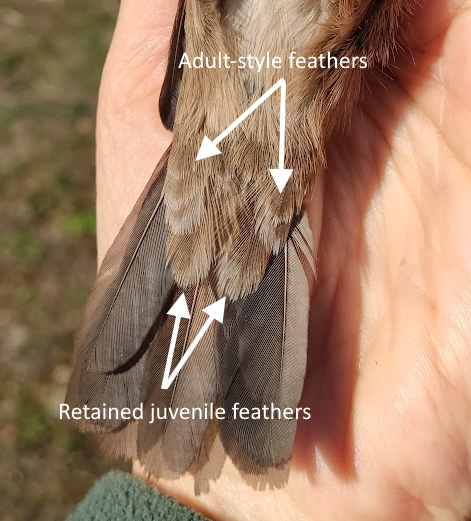 Managed one session at the main site with AAB and my friend Noel. Was very busy with tits and chiffs. A commotion between a Sparrowhawk and parakeets ended up with 3 adult male rinpa being caught. Quite a rarity these days at Bedfont just because of where we place our nets.

We ran two sessions in October (2nd & 8th) but then poor weather got the better of us. Blackcaps trickled through the site (8 & 5) as Redwing arrived (1 & 6) - will the crossover of these species broaden as our summers get milder?

Chiffchaffs managed a total of 17 but it was the pipit triangle that produced our most populous species (22 &10 Meadow Pipits).

One of those 32 Meadow Pipits, ARX2039, was curious. The inner OGCs were more deeply defined than the outer OGCs, though without the short ‘tooth’ of an adult feather. 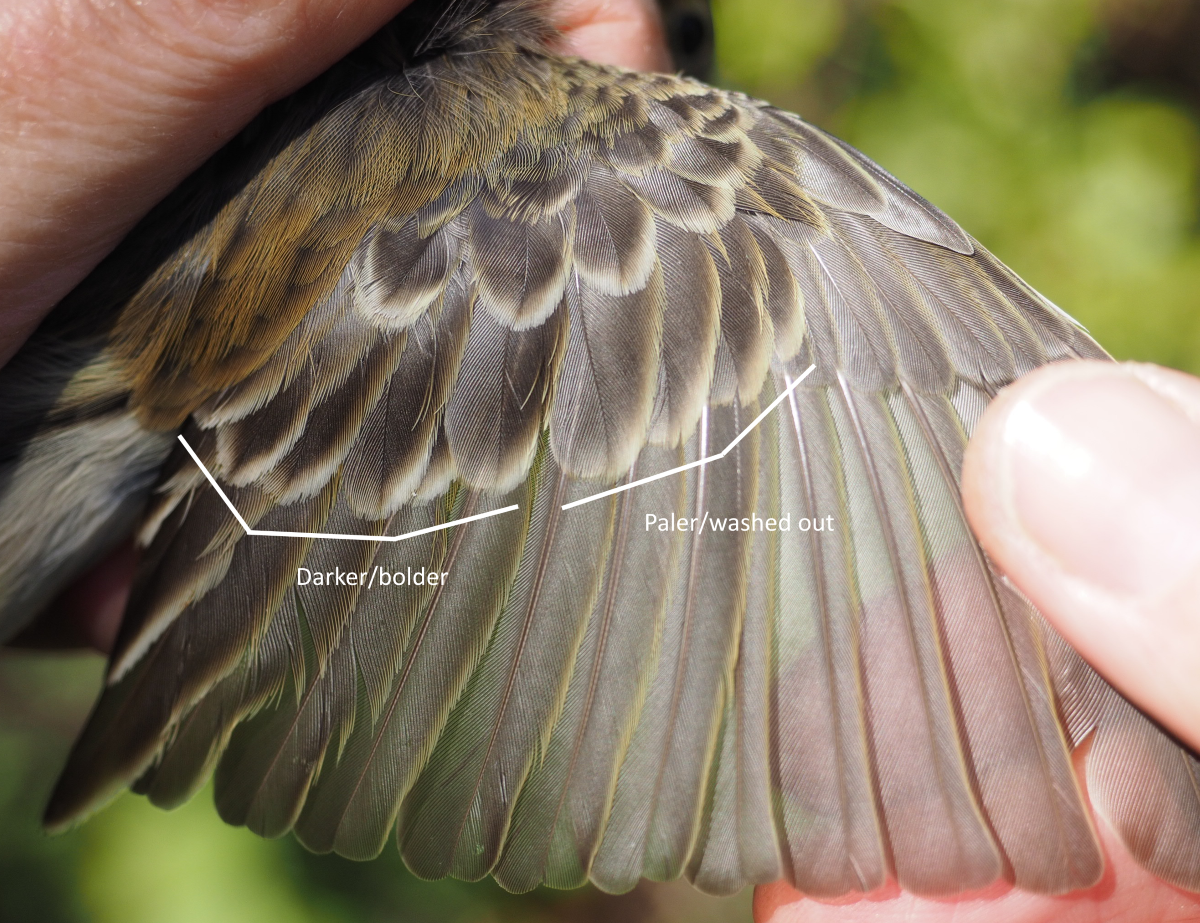 Ringed by RRG: boxed in green.